Posted on 2nd March 2020 by CommonAsh

Crosby-based Christian Community Theatre Company, In Another Place, are to produce the first large outdoor Passion play to take place in Liverpool City Centre on Good Friday 2020 (Friday 10 April) when they perform in St George’s Quarter.

In Another Place will use Wintershall Estate’s same Passion Play, but will add a creative flair of their own, when they perform to crowds in William Brown Street.

The play will involve three separate stages, a donkey and action amongst the crowd. A mass choir of several hundred children and adults from many different communities in the Liverpool City Region will process through the shopping centre to join the main cast of around one hundred actors. Organisers hope that the Liverpool Passion will attract a total audience of up to 10,000 people. 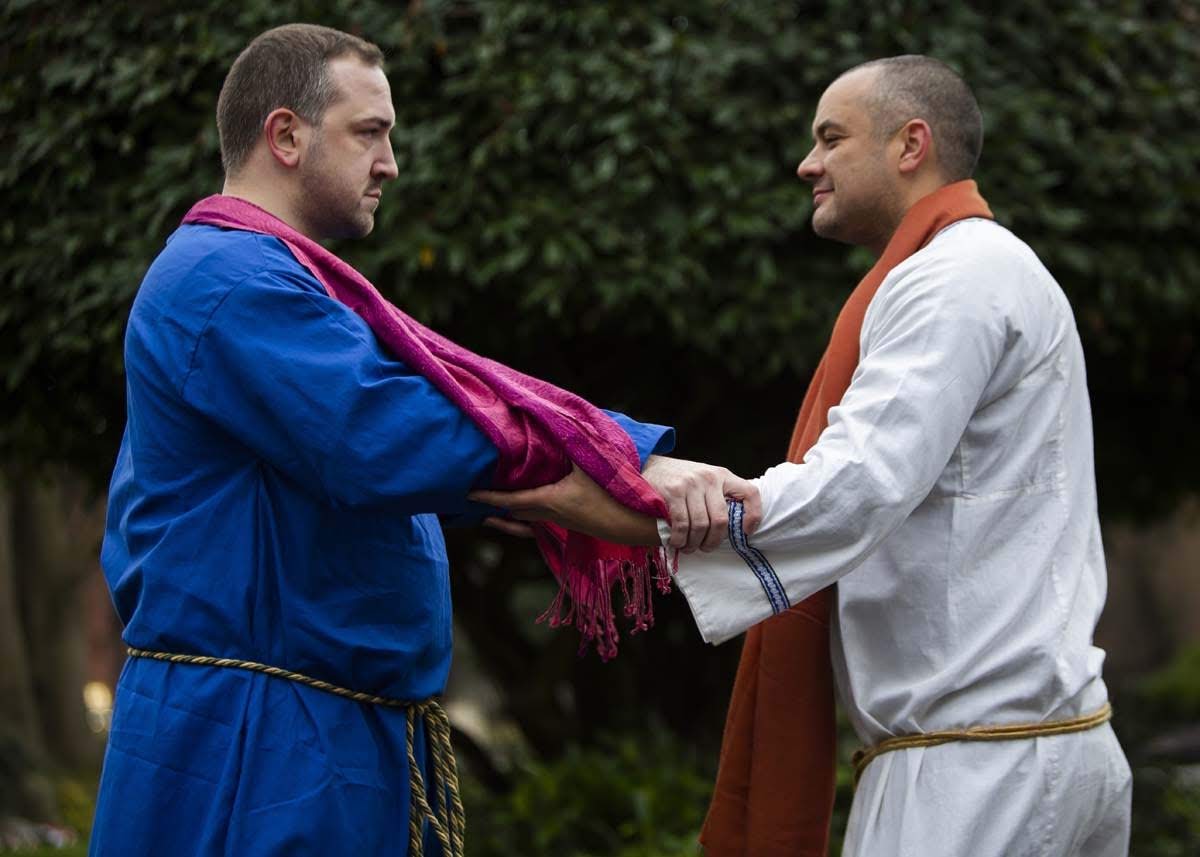 The cast will include the Bishop of Liverpool as Barrabas and Brookside star Dean Sullivan as Pilate. With the endorsement of Culture Liverpool and Liverpool BID – as well as many community groups and senior church leaders of many different denominations – the vision is to make something which can be viewed as an exciting home grown sequel to BBC3’s Liverpool Nativity back in 2007.

The Liverpool Passion is a production born out of a desire to present to a city which contains a rich Christian Heritage and two of the largest Cathedrals in the UK.

For the last nine years, with the backing of Boris Johnson and now Sadiq Khan, 20,000 people have gathered each Good Friday to watch the 90 minute exciting and moving portrayal of the final days of Jesus, in Trafalgar Square London.

In Another Place are a Christian Community Theatre Company, winners of a Liverpool Tourism award in 2017 for our large scale Alice Experience in St George’s Hall.  The team have a history of successful events working with up to 800 volunteers and audiences of over 15,000 people.

The inclusive theatre company has a long history of working with a wide range of community groups and churches at many locations, including both indoors in St George’s Hall and outdoors on Crosby Beach.

A partnership established in 2017 with The Wirral Passion Play has strengthened the team’s connections with Wirral, stimulating the desire to include the whole city region in future events.

“After the amazing visit from the incredible Royal De Luxe Giants, we feel it would be fitting for Liverpool to create a brand new home-grown outdoor spectacle which would continue to provide national recognition”.

This desire, coupled with the theatre company’s ever-growing connections, promises that the Liverpool Passion is an event not to be missed!

Ticket prices range from £5.00-£7.00 and can be purchased via Ticket Quarter: www.ticketquarter.co.uk.