Posted on 4th August 2022 by CommonAsh

Kitty: Queen of the Washhouse, the critically lauded one-woman show by ArtsGroupie about Liverpudlian icon Kitty Wilkinson, is returning to The Concert Room at St George’s Hall for matinee and evening performances on Sunday 9 October.

The show, directed by Margaret Connell, and written by John Maguire, has been touring since 2018, and follows the ‘‘against all odds” story of how a working-class Victorian girl fought the cholera epidemic and became a community champion. 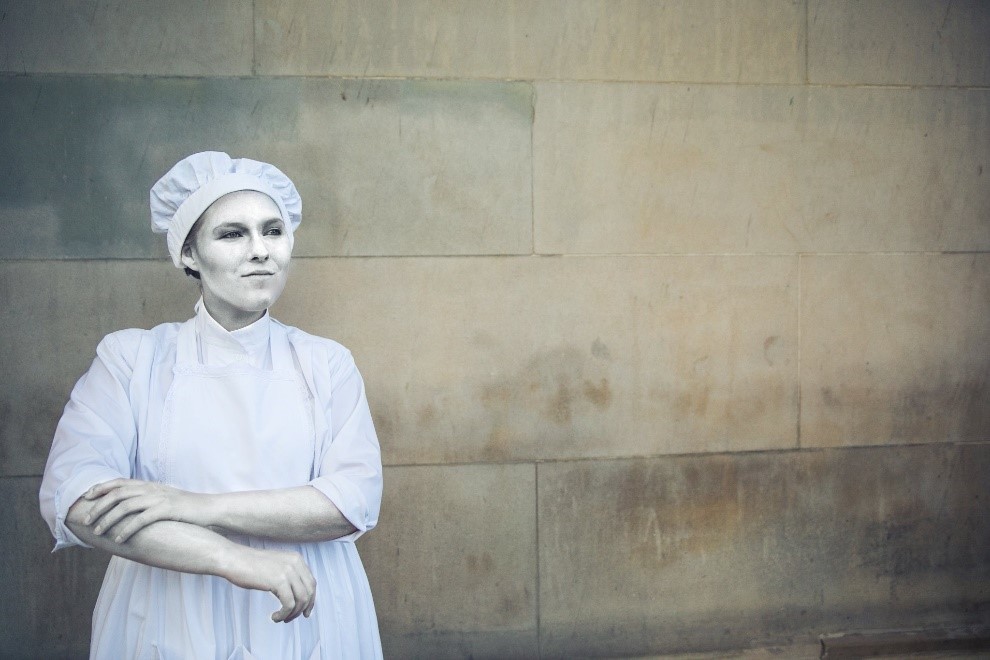 This intricate story, told with humour and kindness, brings Kitty Wilkinson’s St. George’s Hall statue to life on stage. Be immersed in Kitty’s world and celebrate a true female hero of the North.

Actress Samantha Alton’s turn as the famous heroine has cemented her as a theatrical tour de force, and one of the city’s finest players.

The play was just recently received at Shakespeare North during their opening celebrations.

“We couldn’t be prouder that Kitty has captured the imagination of the public in the North West and beyond. It is testament to the incredible story of the icon herself, and to the dedication to quality by the ArtsGroupie creative team. This play has come a long way since it debuted in 2018, and we have been amazed by its positive reception, and the demand for it’s return to St. George’s Hall. Bringing the city’s heritage to life and celebrating the arts is at the core of everything we stand for as a company. The overwhelmingly positive response to this production has inspired us to look overseas and we are planning to take Kitty to Broadway.”

For more information and tickets, head to the live event listing our What’s On page.