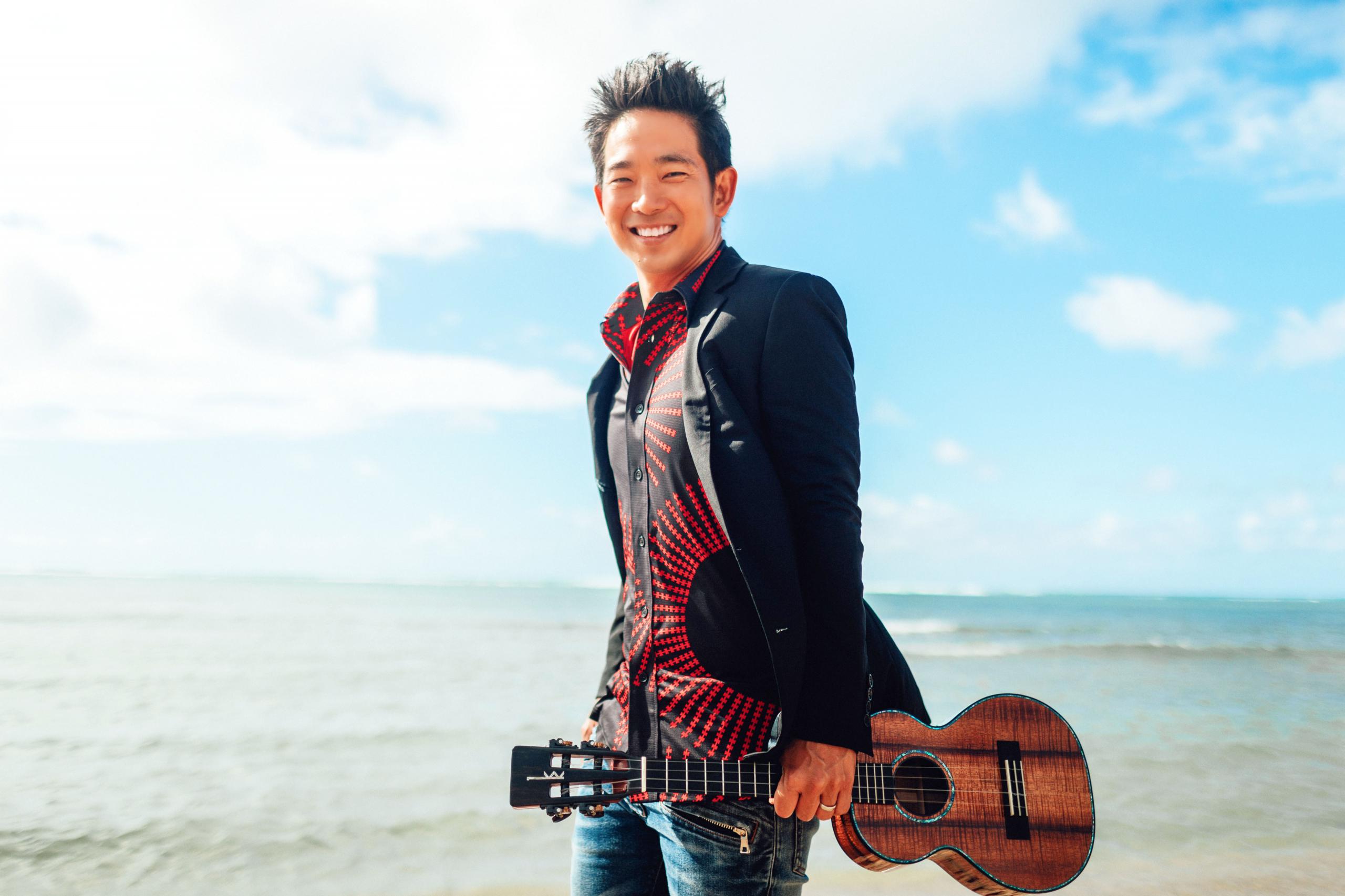 With only four strings, JAKE SHIMABUKURO is a humble master whose mission is to connect and inspire people. Whether one-on-one or in front of an audience of thousands, Jake shares a deep emotional connection with the listener that is open, magical and transcendent.

Often referred to as the Miles Davis, Jimi Hendrix, Bruce Lee, and Michael Jordan of his craft, Jake delivers performances around the world with an out-of-the-box blend of stunning virtuosity, deep musicality, and a natural entertainer’s flair.

Shimabukuro’s records have topped the Billboard World Music Charts on numerous occasions, and as a live performer he has become one of the hottest tickets around. He’s played with world-renowned orchestras and at prestigious venues such as the Hollywood Bowl, Lincoln Center and the Sydney Opera House, and has dazzled audiences at music festivals including Bonnaroo, SXSW, the Playboy Jazz Festival and Fuji Rock Festival. He even performed for that rarest of audiences: Her Majesty Queen Elizabeth II. Not too shabby for a humble young man from Hawaii and his trusty ukulele.

Even with the constant demands on his time – Shimabukuro tours roughly half the year and makes frequent appearances on media outlets such as The Today Show, Good Morning America, Jimmy Kimmel Live!, Late Night with Conan O’Brien, A Prairie Home Companion and NPR’s Morning Edition.

Also performing will be Andy Eastwood. 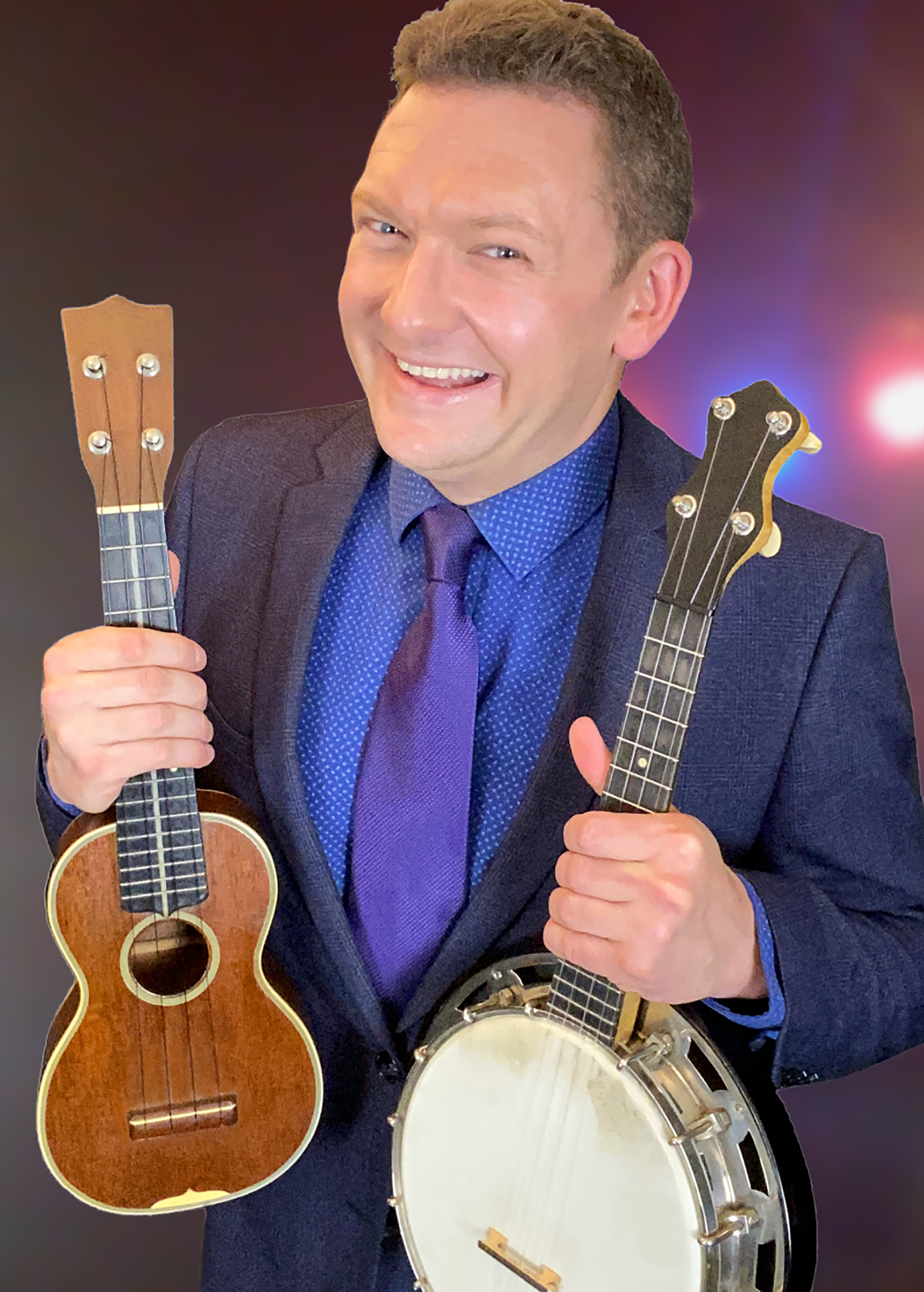 With ukulele, banjo-uke, violin, guitar and piano, Andy Eastwood’s act is an upbeat blend of dazzling instrumental artistry, foot-tapping songs and bright, breezy humour. Born in Lancashire to a musical family, Andy began performing at an early age, studying classical violin and piano.  But he also developed a passion for jazz and popular music, and having taught himself ukulele he made history at Oxford University as the only musician ever to give his degree recital on the instrument!  He is now considered one of the world’s foremost ukulele players and is proud to have contributed to its continuing popularity. The legendary Sir Ken Dodd gave Andy his break into theatre, and he made over 300 performances as special guest with the great comedian – who described him as ‘a one-man music festival’ – as well as working alongside stars such as Cannon & Ball, Joe Pasquale, Frank Skinner, Des O’Connor and Roy Hudd. Don’t miss your chance to see this unique entertainer in action on the same bill as Jake Shimabukuro. A truly rare opportunity to see two of the world’s best ukulele artists in one place.

Entry to our Concert Room events is typically via our North Hall entrance, located on the same side as William Brown Street. In instances when entry has been redirected, our team will guide visitors.

Back to our What's on page

Enquire about this event

Candlelight transforms Liverpool's most beautiful venues into intimate music clubs, bathing the space in candlelight to provide the perfect backdrop…

Six guys, six voices, and singing that makes every sense tingle. We’re talking about The Kingʼs Singers, and for over…

Candlelight: A Tribute to Fleetwood Mac

Come and be whisked away to the Fleetwood Mac tribute of your "Dreams"! With a programme selected from the band's…