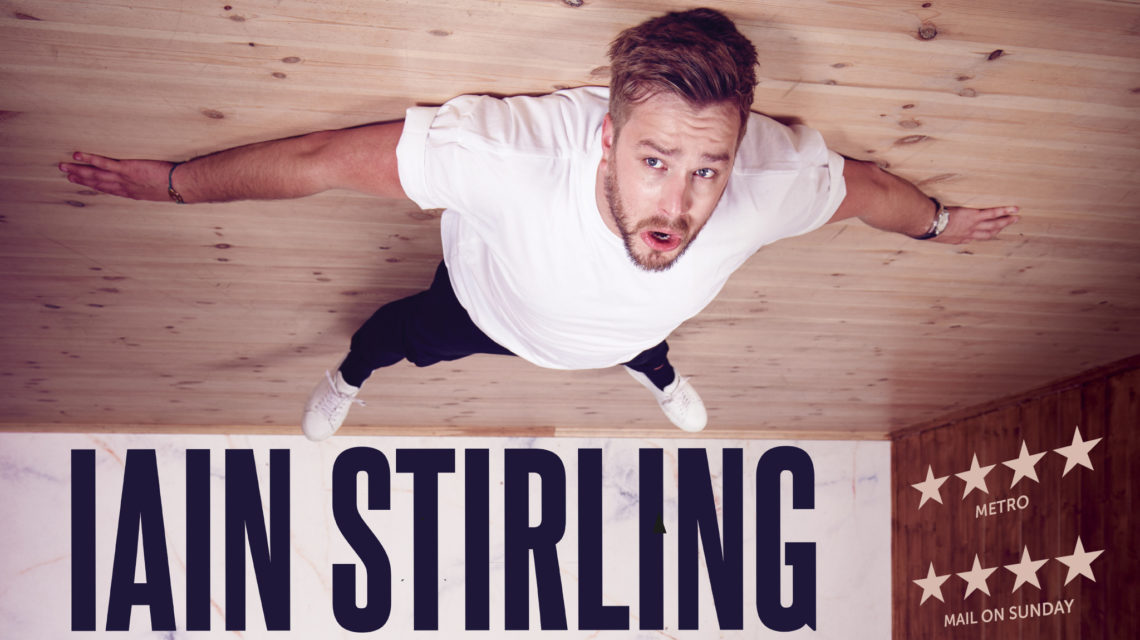 Iain Stirling (Love Island, Buffering and Taskmaster) is taking his ‘extremely funny’ (Daily Telegraph) comedy back on the road for his biggest ever nationwide tour. After selling out his 2018 smash hit U OK HUN? X and two consecutive Edinburgh Fringe runs in advance, Failing Upwards is set to be the hot ticket of the year. Book early to avoid disappointment.

Do you ever wonder how people manage to be normal? Iain does. So much so he’s written a brand new stand-up show about it. Join the ‘star of comedy’ (The i) as he explores his inability to function in the most basic of public settings, social media’s constant pressure to “live your best life” and that one time a man stole his shoes.

As well as being the iconic voice of Love Island (ITV2) Iain has recently written and starred in the brand new sitcom Buffering for ITV2. He’s also the host of hit comedy gameshow Iain Stirling’s CelebAbility (ITV2), starred in his own Comedy Central Live special and has been seen on The Russell Howard Hour (Sky One) The Comedy Bus, Drunk History and Russell Howard’s Stand Up Central (all Comedy Central), Virtually Famous (E4), Russell Howard’s Good News and Sweat the Small Stuff (both BBC Three) and Fake Reaction and Safe Word (both ITV2).

“His Love Island commentary is the stuff of legend” – OK!

“Unforgiving and hilarious” – The Sunday Express

Tickets: Allocated tickets are £18.50 (excluding additional fees) and are available via Ticket Quarter.

Back to our What's on page

Enquire about this event

Iain Stirling (Love Island, Buffering and Taskmaster) is taking his ‘extremely funny’ (Daily Telegraph) comedy back on the road for his biggest…